Comms Hill is the designation for a radio post which the ARVN lost to a Vietcong assasult six days ago. The VC seized Comms Hill and the nearby FSB Quan Loi during a daring night raid with artillery support from the NVA. It is believed that ARVN command staff is being held prisoner at Comms Hill.

Alpha platoon is to capture Comms Hill and destroy any Vietcong resistance on the way to the hill. Alpha platoon is to guarantee the survival of the ARVN prisoners believed to still be held on Comms hill. Commander's intent: Taking Comms Hill will strike a hard blow into the Vietcong's ability to organize themselves in the area and will strengthen the ARVN's morale when we show them that US forces are here to help them regain ground and save their buddies.

The area is defended by an unknown number of Vietcong irregulars. The enemy has poor equipment but is fanatically convinced in his pinko cause and deeply fears American capture. He'd rather take you with him to VC-hell than surrender. Aerial reconnaissance indicates that the enemy forces in the area consists solely of infantry supported by machine guns and 60mm mortars. The enemy has dug in and has prepared trenches to defend his positions. The VC is infamous for placing mines and booby-traps. Which is why two engineers have been attached to your platoon. Scouting indicates that the enemy has a QRF available to strike once the enemy understands that his control of FSB Quan Loi and Comms Hill is threatened. VC patrolls have been spotted in the forest around the MSR.

Two sappers have been attached to the platoon to help with defusal and destruction of enemy traps and mines. The platoon is supported by an 82mm battery, communication with which is handled by A15. Coy CMD's radio telephone operator is monitoring Alpha Platoon's radio net in case of emergencies. The platoon has the rest of the company in reserve to supply reinforcements if needed. 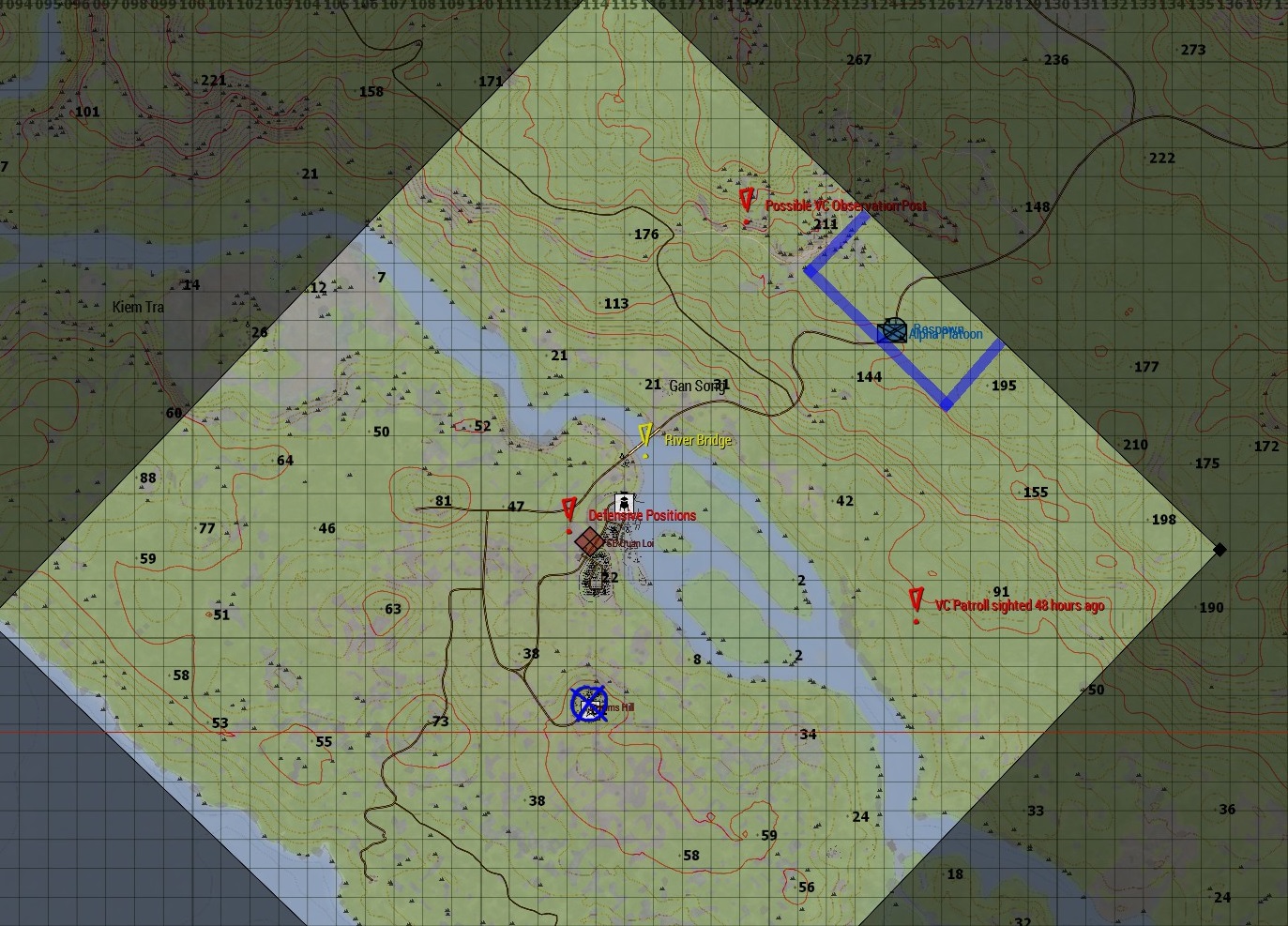