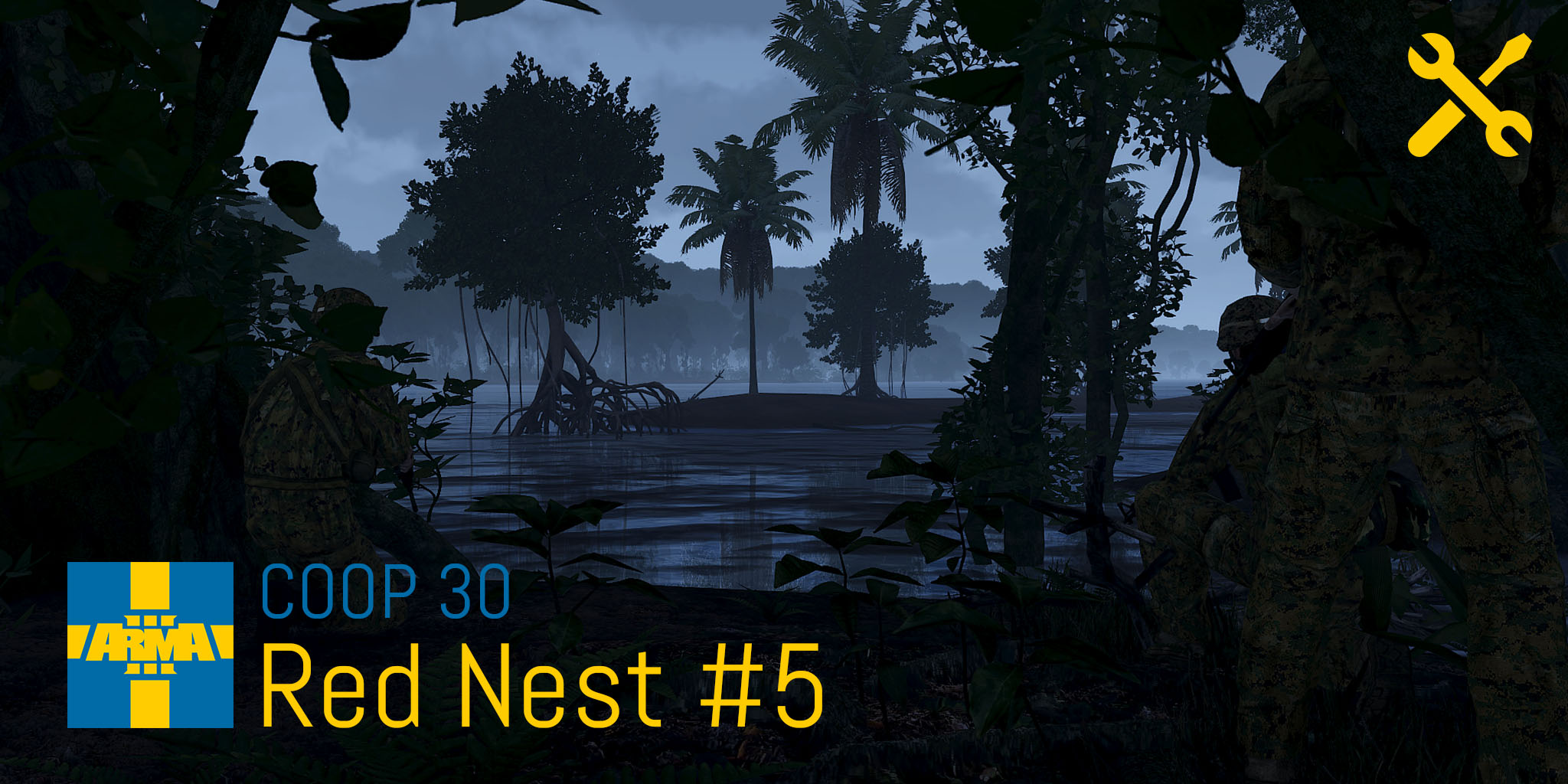 Leatherback Blue handed over the supplies to Leatherback Red, who then set off towards the river. Leatherback Red met heavy resistance on the jungle path. The CVFA fighters fought fiercely but later retreated to the other side of the river, where they have set up fortifications.

It's early morning; a good time to cross the river and assault the enemy positions. The CVFA are now well aware of the presence of the American troops and are acting accordingly. They are fortifying all of their positions in Prei Khmaoch Luong. Headquarters need a way to transport cargo by air, which means that Leatherback Red need to capture the airstrip on the other side of the river.